New Delhi [India], September 28: Indian family system has a deeply embedded impression of living in a joint family where parents often stay with their grown-up children. When parents reach an age where they need support from their children, they consider it their moral duty. In recent times, Indian society is going through a significant social & economic transformation, & this age-old family system is also getting threatened since many children are migrating to other states & countries for better prospects in life. This transformation has given rise to a need & habit of nuclear families, which has further led to our nation’s shocking growth of old age homes. A social practice that is not very unusual in western nations’ society & culture is now rapidly becoming part of our country. Such old age homes are undoubtedly a blessing for those who are betrayed by their children or destiny at their retirement age. They often take care of their food, shelter, and companionship but rarely are they able to nourish their starving & wounded souls.

Niraj Gera, an international award winner and a social activist from Delhi (India), has used his skills to raise his voice for various underprivileged & exploited segments of society. He is back again with his soul-stirring series to give voice to such desolated souls living in old age homes. He is releasing this series on the occasion of ‘International Day for Older Persons’, i.e., 1st Oct. His series ‘Abandoned Souls’ features a set of heart-wrenching photographs, which illuminates the dark reality of insensitivity of family members towards elderly people & simultaneously pricks the conscience of such people with the powerful messages these photographs are carrying.

Niraj Gera, who is also the chairman of NGO’ Humanify Foundation’, expresses, “The mushrooming growth of old-age homes across India alarmed the idea of this photo series into my mind. I intend to sensitize society as a whole so that we start caring & supporting our parents, especially in their old age when they need it most! This series will also make people aware that they should keep some assets/funds for their old age so that they don’t become dependent on anyone for the rest of their lives. Gera appeals to the youth to become more sensitive for their elder ones & ensure that their parents don’t live a vulnerable life. Gera also aims to inspire everyone to pay visits to old age homes on a regular basis and share the joys & sorrows of these elderly people. He further states, “My heart bleeds when I listen to the stories of these abandoned souls whenever I conduct meditation sessions at old age homes”.  Photographers clicked these senior citizens at Sawhney Vridhh Ashram, Triveni Vridhh Ashram & Rounak Vridhh Ashram of Delhi, where many elderly people poured their hearts out. Amrit Juneja (67), who lived a lavish life once, lives in Sawhney Vriddhashram after getting betrayed by his younger son. Some old age residents like J. Soleman (age) and Ramesh (67) reside at old age homes after the sad demise of their sons. At the same time, few residents like Usha Rani (66) are spending the declining years of their life in the Old Age Home (Vriddh Ashram) after getting abandoned by her children.

People who do not have enough economic resources to fulfil their old parents’ basic needs & necessities are also opting for old age homes for them. It seems many people in the modern world have forgotten this valuable section – the elderly of society. People with such a mentality should be made aware that elderly people are an asset to society and not an economic or social burden.

Residents who are living in old age homes are truly grateful for the existence of these shelters. Om Prakash, a resident of Mata Ram Beti Vridhh Ashram, shares, ‘Such old age homes, are a blessing for abandoned people like me. We don’t only get shelter & food, but also other essentials like medicines, adult diapers,  medical equipment & health treatments, whenever it’s needed.’

As a Social activist & faculty member of The Art of Living, Gera regularly conducts meditation and mindfulness sessions at such old age homes directly or through organizations like VridhCare Foundation. VridhCare’s director Gargi Lakhanpal shares, ‘These elderly residents are gaining a new perspective on a stressful situation. Niraj Gera is doing great work towards making this world a happier place by spreading the message of love, wisdom & positivity in whatever ways possible.  Amrit Juneja, a resident who has attended Gera’s session, shares, ‘Niraj Gera & his team’s sessions, are very uplifting & help us have a positive approach towards life.’

Each & every photograph from Gera’s series carries a strong message, & it is sensitizing children and grandchildren of these elderly people to take a corrective measure. Ever optimistic, Gera is looking forward to bring a major transformation in society through his photo series & his inspiring sessions. His various photo series can be seen on his website http://www.nirajgera.com Vision and Confidence is the key that’s needed to grow : Alisha Sah 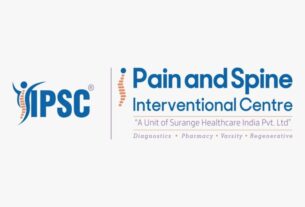 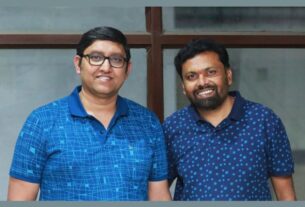