The Invest Bikaner serves as a warm-up for the Rajasthan Government’s two-day Investment Summit, which begins on January 24 in Jaipur. The Rajasthan government is holding an ‘Invest Summit’ in each of the state’s 33 districts to attract investment from prominent investors and NRRs as part of the Investment Summit.

The Invest Bikaner summit, themed ‘Back to Motherland,’ will focus on investment prospects in mining, mineral and ceramics, wool and carpet, tourism and hospitality, information technology, agriculture and food processing, biofuel, and gas, solar power, and the dairy industry.

Bikaner, according to official sources, has a plethora of investment prospects in the food, agro, and dairy sectors. A huge food park is set to open soon to attract investment in sweet and snack production, spice processing, ready-to-eat packaging, cold chain chambers, Vaccum and astronaut food processing, and other areas.

Bikaner is the leading producer of groundnuts, moths, and beans in the country. Pulses, medicinal herbs, gwar gum, and other crops are abundant in the district. Investment opportunities abound in the camel, goat, and cow milk processing industries, as well as milk products, milk powder, and milk-based products, mawa and panner processing facilities, and so on.

As far as the minerals and ceramics are concerned, Bikaner is the gold mine for varieties of minerals, including lignite, potash, ball clay, china clay, and bajri. It is the major producer of Gypsum and the only district for Fuller’s earth. The Geographical Survey of India (GSI) has estimated 1099.46 Million Tonnes (MT) of resources of Lignite in 41 blocks and 456.02 MT of Potash resources. The Rajasthan Government has formulated the new MMDR Act with investment-friendly policies and rules and ease of doing business.

Manju Nain Godara, general manager, District Industries Centre (DIC), Bikaner, said, “The Government of Rajasthan is organising Invest summit in all the districts in the state as a prelude to the biggest Investment Summit on January 24 and January 25. We are targeting the NRRs to come and invest in Bikaner and contribute to the stupendous growth story of Bikaner.”

According to Godara, the one-day Invest Bikaner summit would see the Rajasthan government and investors sign Memorandums of Understanding (MoUs) and Letters of Intent (LOIs). The registration process for the summit will take place on January 12 from 10 a.m. to 11 a.m.

The Invest Bikaner summit will witness the presence of Shakuntala Rawat, Industries and Commerce Minister of Rajasthan, In-charge Minister of Bikaner, senor officers, district collector, and other dignitaries.

“Invest Bikaner summit will be held in the presence of about 100 invitees due to the Covid-19 pandemic. We will be sharing the virtual link two days ahead of the summit to facilitate those wanting to witness the event. Make Bikaner your next investment destination. Replete with opportunities, Rajasthan believes in partnership.” said Godara. This Veganuary is the biggest ever- gathers 600,000 participants globally 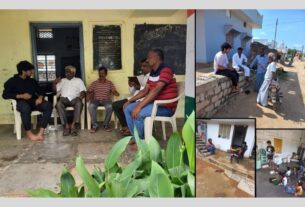