January 29: A quick recap of how the faith of Indians turned and twisted in 2 months as the second wave of Covid hit India. To say the least, the country was not prepared for such a massive toll on the healthcare system, and it collapsed. The country’s population gasped for air, and simultaneously, the markets crashed. Let’s have a look step by step at how it all turned out.

The first to be hit was Mumbai in the month of March. India’s financial capital

Next to be hit was Delhi in the month of April. India’s Capital

Finally – Bangalore was hit in the month of May 2021. India’s IT Capital

What went wrong (In one Month)

How did India tackle the Second Wave – (the good news)

India has been hit and it hits hard. But it is healing and getting back on her feet. It is not a country that will falter or fail. India will fight and excel. We tackled the first wave brilliantly. The second wave caught us by complete surprise. But never again.

In the meantime, the global news is now rife with articles suggesting that Covid may be lab produced and may have been leaked. A dimension that directly means reparation and payback. Let’s see what the future holds.

With over 25 years of experience in finance, he has now switched roles as a speaker and loves to enlighten people about Foreign Affairs and Finance. His Experience as a speaker is about addressing the need of the hour issues like the Cost of Terrorism in India and National Security.

He currently sits on the boards of Edelweiss Asset Management, Prudent Corporate Advisory and Tamohara Investments as an Independent Director. 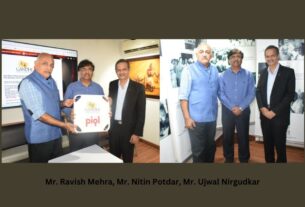