New Delhi (India), February 10: MX Player’s popular web series Raktanchal 2 is soon going to release on 11th February 2021 in the MX player OTT platform and the trailer of the series got in 1st February 2022.  According to the Season 2 trailer, it promises to be turned into a political scenario this time, the earlier season revolved around the vengeance and gangs war. MX Player captioned it, “Iss Baar Ranneti Nahi, Rajneeti Banayega Purvanchal Ko Raktanchal.”

Raktanchal Season 1 was the biggest hit in MX player which got released in 28th May 2020 with the actors like Soundarya Sharma, Kranti Prakash Jha, Nikitin Dheer etc. acted in this web series. Raktanchal Season 1 and season 2 both is created by Shashank Rai and Produced by Pradeep Gupta, Shashank Rai and Mahima Gupta under the banner of Mahima Productions Ltd. and Pinaka Studios Pvt. Ltd.

With relations to the web series, Mr Pradeep Gupta, Founder and Producer, Mahima Productions Ltd. says, “We are really happy to see Raktanchal 2 going to air soon at MX Player platform. We all put our best efforts to create this show despite being into COVID situation and I hope our audience will like the show.” And Mr Shashank Rai, Founder and Producer, Pinaka Studios Pvt. Ltd. says, “Its very rare to see Raktanchal 2 like show available in the OTT platform these days which is a mix of political-crime-drama and we are hoping for the best to the series.”

Raktanchal season 1 plot was set in the 1980s of Purvanchal and was inspired by the true events. It was the story of Waseem Khan (played by Nikitin Dheer) who ruled the tender mafia in Uttar Pradesh, who was also involved in the smuggling of arms and ammunition. The story revolved around Vijay Singh (played by Kranti Prakash Jha) and Waseem Khan, who were constantly at loggerheads and leading to a series of bloodbaths. Khan was challenged by the antihero Vijay Singh, who held high morals and wanted to become a civil servant until Khan’s gang murdered his father Virendra Singh (played by Gyan Prakash). While Vijay was determined to take revenge of his father’s murder, which was killed by Waseem’s company, while Waseem was determined to hold on to his power come what may. 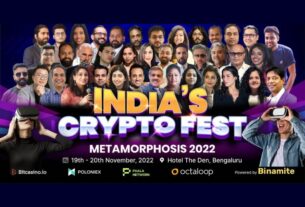