March 10: The Russia-Ukraine war has left the whole world in a state of shock. While expressing his deep concern for those affected by the battle and conveying condolences to bereaved families, Pujya Morari Bapu has taken the initiative of donating Rs 1.25 crore as a means to extend help.  Pujya Bapu made the statement during his Ram Katha in Lonavala, where he expressed his intent to make a constructive contribution.

It may be recalled that following Pujya Morari Bapu’s worldwide appeal for a generous contribution to construct Shri Ram Mandir in Ayodhya, his trust received had staggering amount of Rs. 19 crore, of which Rs 9 crore was donated by the foreign devotees and philanthropists. This amount of Rs 9 crores has not been remitted to India as yet, as some clearances are awaited on foreign contributions. Thus, Rs 1.25 crore from this amount will now be used to help those impacted by war.

As a means to facilitate the work, devotees Lord Mr Dolar Bhai Popat and his son Mr Pavan Popat will be directing this amount of Rs. 1.25 crore to various organizations that are actively working across Poland, Slovakia and Romania to evacuate Ukrainian war victims, providing them with the shelter and food, and medical facilities etc.

In the spirit of Vasudhaiva Kutumbakam, the amount is being used for Indian victims, and also for other needy irrespective of religion, caste or nationality. Bapu had indicated that helping those in need and giving shelter to the homeless was akin to constructing a home for God.

Pujya Morari Bapu prayed for those who have lost their lives during the conflict and hopes that war between Russia and Ukraine comes to an end soon. 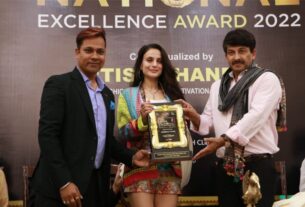 COVID – The Second Wave and India: A Tale of Two Months