India, March 14: Haridwar-based, Ayurveda Brand, BC Hasaram and Sons have recently onboarded veteran actor Anil Kapoor as its brand ambassador. The brand’s proprietary aushadhis, the Kesri Marham, Kesri Tailam, Ujala eye drop, and Ganga Amrit Eye Drops have been known across generations and borders for their lasting relief. The company, which is now led by Vaidyaraj’s grandsons, Mr. Tanuj Chandnani and Mr. Abhishek Chandnani under the guidance of their father Dr. Radha Krishan Chandnani, is fast-tracked on the path to becoming the number one Ayurvedic brand in the country when it comes to pain relief and eye care.

Mr. Anil Kapoor has been chosen as the brand ambassador because he is a figure who is relatable for both the current generation and the last. With the way he has maintained himself and the way he has, over time, become a strong proponent of healthy living and Ayurveda, the firm felt that there was a strong connection between him and the brand.

Founded in 1957 by Vaidhyaraj BC Hasaram, what started as a will to give back to society and treat the ailments through the power of Ayurveda has now spawned into a full-fledged international business that is spreading Ayurvedic knowledge across the globe. The firm, which already has its market in Europe, and the US, is fast expanding and targeting the Middle East and the UK.

Speaking about future plans and setting up franchisees of their brand, Mr. Tanuj said, “We are very quality-conscious, and hence the franchise idea isn’t something that we are willing to explore right now. We are very particular about the proportions and formulations. For this reason, we have been maintaining close control over the manufacturing practices by keeping it in Haridwar only.”

Mr. Abhishek added, “My team and I personally travel and source the herbs. We have grown up seeing how the herbs used to be selected by my grandfather and father, and so, it is of utmost importance to me that I select the herbs on the same parameters even now. This commitment shows in the quality of the products that BC Hasaram and Sons has to offer.”

Taking the marketing activities at such a level has helped even the oldest of their customers come out and mail them about the benefits they have had because of Kesri Marham.

At BC Hasaram, the founding fathers lived by the principles of “pehla sukh nirogi kaya”. The same is reflected in the product spread as well. While Kesri Marham and Kesri Tailam remain their flagship products, the firm also provides Ayurvedic solutions for eye ailments, diabetes, digestive ailments, and immunity boost in general.

Based out of the quintessential holy city of Haridwar, BC Hasaram and sons is taking the ancient Indian science of Ayurveda around the globe, with India still being the market that they would want to penetrate as in-depth as it would be possible. 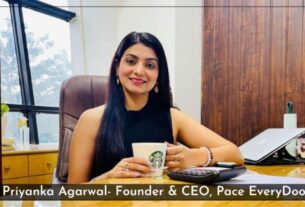