March 23: Yes, the perfect match does exist, and Fate brings you to them. Often, two people have their famous meet-cute, date and get married… and then all hell breaks loose. In some lucky cases, Fate is more cautious and sends a matchmaker along to make sure that there is transparency, and everyone’s expectations are aligned for a perfect union. And a true matchmaker, of course, takes her role very seriously and works with utmost trust, discretion, and responsibility. Dr. Priya Shah is that matchmaker for us – one who has also been blessed with Cupid’s intuition.

Over 30 years ago Priya was the in an antiquated arranged marriage system where neither party was given many options or given the liberty of time. She was still blessed with a loving husband, but many others did not have the same luck. This awareness of the scenario led Priya to mediate for friends before their marriage and ensure that their interests were taken care of. Matches, with her intervention and recommendations tended to have happy results and everyone took note of this fact. Eventually, her utmost care in straightening expectations for all led to her becoming a sought-after matchmaker.

Recognizing her genuine talent and passion, over time, most marriage-minded parents with enterprising children came to her. Eventually, her roster got filled with well-qualified, highly educated singles and Priya was working 24×7 to cope with the increasing demands. She handled everything personally and wouldn’t rest until she scoured every profile, understood her clients, their family’s outlooks, their positive traits, their quirks and even the skeletons in the closets. She’d then make her recommendations to candidates, whom she treated like family, without sugar-coating the concerns versus the exceptional benefits of the match. She was their agony aunt, their therapist, their matchmaker, their mediator, and their friend.

To bring innovation into an age-old process, Priya then came up with an Indian version of speed dating where she arranged a meet and greet of over 100 singles – with their parents – at a prominent 5-star hotel. This helped candidates meet and greet many potential matches in one go and understand who they hit it off with best, bearing in mind family dynamics. This was a bold move. Some critiqued the concept while most loved it, but they all attended and saw phenomenal results. It often happened that people found their matches very soon and didn’t need the proffered one year of service.

Over the years Priya Shah has won many awards from reputable institutes where she has been felicitated amidst noteworthy personalities like Deepika Padukone and Barrack Obama. She has featured along with top women entrepreneurs that bring pride to India and has been recognized by Forbes magazine and other key media groups. This recognition comes from the fact that Priya has made a lasting mark for herself across India and internationally as well, with clients from the USA, UK, Dubai, Melbourne, and beyond. With 9000+ lasting matches, a book authored by her, and a loyal, exclusive clientele, Priya Shah represents a rare section of bold women who positively impact society.

Recently an Indian Matchmaking show was subject to a fair amount of controversy and conversation. This show was earlier offered to Priya, but she prudently and respectfully turned it down. Her reasons were numerous, first being the highly personal nature of her work and the clients’ confidentiality. Priya also refused to pass judgments on those very same clients that trusted her. She didn’t want to encourage further hesitation in approaching a matchmaker. In fact, Priya chooses to make every person completely comfortable with the process. Additionally, her direct manner and transparency about her chosen candidate, their traits, their family, the dynamics, and so on were unsuitable for disclosure in a public forum. So, she chose her clients’ trust and the sanctity of matchmaking over the fame that was on offer.

Prominent business families of India have found their match with Priya Shah where the eventual compatibility of the couple and the family dynamics withstand the test of time. So, if you’re looking to fall in love and are waiting to find the right match, let Fate nudge you in the direction of Priya Shah to help find your soulmate. 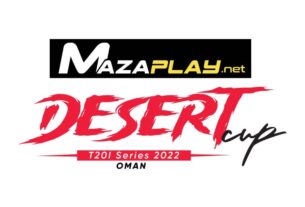