March 25: The renowned personality Kranti Shanbhag who has hands-on experience in the different fields whether it is the Bollywood industry or real estate or cricket, Kranti has left no stone untouched. With great experience in the business and music industry, Shanbhag is coming up with a romantic song featuring Ankit Raaj and Nikita Sharma. The song was launched recently followed by a press conference and media interaction.

Produced under the banner of RD BEATS ORIGINAL the New Romantic Song “Rasme Ulfat” Sung by Asit Tripathy, Composed by Melody-box Music (Dushyant Kumar, Meenu Kumari, Amitabh) and Lyrics Are Penned by Amitabh Ranjan. The song is the journey of this girl making the best of her life. No matter how far you go in life, not changing with the person you love is a sign of true love. Those who do love someone will understand this story and where she’s coming from.

Kranti Shanbhag is not new name is the music field. He owns RD Beats Original Music Company which has hit songs like “On the Floor”, “Shiva Tera Sahara”, “Dil Karda Shor” and many more.

Dabbing in a different field, Kranti Shanbhag had started his journey as an investment banker at a renowned bank. He later moved on to the music industry, fashion, real estate, cricket, and NGO. Kranti Shanbhag also produced two movie’s names Sardar Saab with Jacky Shroff and Jugga Juinda hai.

With his deep interest in the glamor industry and a keen eye for talent, Kranti Shanbhag got on board with India’s most prestigious beauty pageant Miss Fabb India as an elite jury member and a mentor. Being a dapper himself, Kranti is the aptest jury member for such a glamorous show as he understands the fashion and glamor arena. Kranti Shanbhag is one man who excels in varied fields and has received several awards in not simply the movie enterprise but additionally in the corporate world. After dabbling successfully in various business ventures in varied fields, Kranti laid eyes on the cricket field. Being passionate about cricket right from an early age and being someone who not only watches the game but lives the game, Kranti’s fervor for Cricket is intense. Being a proud team owner of Arcs Andheri and an inspiring mentor to the team Kranti has done a phenomenal job in giving the players of Arcs Andheri a humongous platform such as T20 Mumbai which is endorsed by the Mumbai Cricket Association and is broadcasted not just in India, but globally on sports channels such as ESPN and Star Sports. He is also actively involved with various NGOs and charity activities. He also owns a Movie Production House All-Time Movies Pvt Ltd and Publishing House Construction Times Magazine.

On this occasion, Kranti said music gives us freshness and liveliness. The romantic song Rasme Ulfat is about true love which has vanished among today’s generation. The song will touch the music lover’s heart. The star cast Ankit and Nikita and all other cast have done fabulous work. 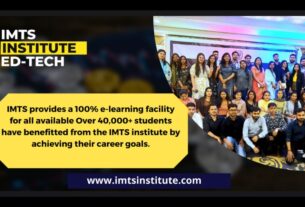 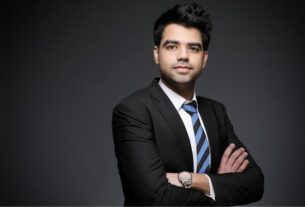