March 30: Sriganganagar, Rajasthan-born devotional singer, Kanhiya Mittal, who’s presently residing at Chandigarh, has been making waves for his famous bhajan song “Jo Ram Ko Laye Hain” for a while now. His song has been empowering all the BJP candidates and serving as a punch line in BJP’s election campaign in the Uttar Pradesh elections.

The song, “Jo Ram Ko Laye Hain” highlights that, “Those who have brought Ram, we will bring them.” This really shows how apt the song must have been for creating a favourable atmosphere for the BJP from attracting engagement on the streets to engagement on social media platforms.

This incredibly famous and devotional song has been written and sung by Kanhiya Mittal, a man who is a contractor by profession and a soulful bhajan singer by heart. Although Kanhiya is not a BJP worker and the BJP did not approach him to use his bhajan, “Jo Ram Ko Laye Hain”, he had no objection as he thought his song was being used with a positive motive that could be helpful in bagging BJP a reputable positioning in the elections.

Kanhiya Mittal is one of the most famous and youngest devotional singers in India. His soulful voice and passion for devotional singing have helped him bag the “Divya Samman” award recently in the year 2020. Many famous personalities have given guest appearances at various religious events presented by Kanhiya Mittal. His songs are the perfect representation of Hindutva. Honourable Prime Minister Shri Narendra Modi, Uttarakhand CM Pushkar Singh Dhami, and Uttar Pradesh CM Yogi Adityanath have also appreciated his singing talent.

His song, “Jo Ram Ko Laye Hain” became a viral hit in recent years. Be it the locals residing in Chandigarh or his followers from abroad, everyone felt elated to see his song on top.

The singer sang his song for the first time in the BJP councillor elections of Kiran Chopra on December 8 in Delhi, the national capital of India. During this event, someone from the audience made a short snippet video of 15 seconds. It was this very 15-second video that went completely viral on social media platforms like Facebook, YouTube, Instagram, and Twitter.

Kanhiya has been head over heels for pursuing his passion from the tender age of 7 years. And, it has been over 25 years since he has been singing his heart out and making people preach through his pleasing bhajan tunes.

Born on September 21, 1990, in Sriganganagar, Rajasthan, Kanhiya is setting the devotional singing goals pretty high for all the other devotional singers out there. Despite his intense passion for preaching and singing, the devotional singer did not step back from pursuing education. He completed his BA Music degree from the Government College in Chandigarh back in 2012.

Kanhiya also hails from Rajasthan as his maternal grandmother who were a housewife. And, his father Satyanarayana only settled in Chandigarh 30 years back. Although he lives in Chandigarh presently, he is still associated with Rajasthan even in the present day.

Some of his latest and recently launched bhajans are “Lo Aa Gaye Yogi Chaa Gaye Yogi” and “Ab Laherayega Bhagwa 2”. 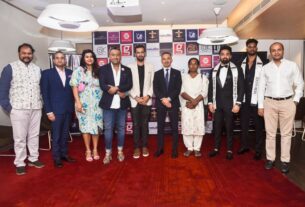