New Delhi (India), April 18: Lata Mangeshkar, India’s greatest and most influential singer could make it to the list of the highest-earning Indian celebrity next year, reveals the latest post by PartyCasino Canada.

Celebrities make a lot of money during their careers and continue to do so even after they’ve passed away. But have you ever thought about how much that could cost? A recent PartyCasino Canada blog post has revealed the highest-earning celebs of the last year and the last decade through comprehensive statistics broken down by earnings by month, day, and second.

According to PartyCasino Canada, with Lata Mangeshkar’s sad passing this year, will we see our first Indian superstar make it to the list next year—with her having earned a rumoured Rs 40 lakh per month thanks to her incredible music history.

The blog further reveals that the King of Pop, Michael Jackson, still holds the number one for the past ten years combined, he has been pushed down to the third place, and there’s a new king in town for this year: Roald Dahl, beloved author, poet, and screenwriter, nipped the spot instead.

While the list is a combination of musicians and authors, the majority of places are held by musical superstars where Prince, Michael Jackson, Bing Crosby, and Elvis Presley are lingering around the top. The trend where musicians are selling their entire music catalogue to publishing companies is an added factor to why this profession, in particular, has turned into a multibillion-dollar machine that investors worldwide can’t wait to get their hands on, stated the post. 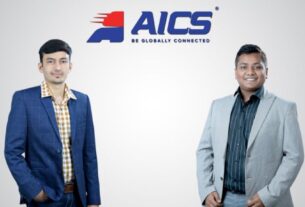