February 1: It is rightly said that a creative mind can never be on a break no matter the circumstances because creativity is never at rest. Given the challenges being confronted by everyone in the past year, we were left with no choice but to move on together as a community. This is what makes us who we are, turning hurdles into opportunities. And the mantra, “if you conceive it, you can achieve it”, holds much power and truth for anyone who works dedicatedly and passionately.

Today, we are in conversation with one such man who did not let any stumbling block slow him down. Filmmaker par excellence, Gaurang Doshi is one such perfect example of how to turn the tide and carry on with much vigour and passion like never before. He started his journey as an ardent cinema lover and learnt the art of filmmaking from his father Mr. Vinod Doshi, who produced blockbuster films like Dil, Beta, Raja. Therefore, it wouldn’t be wrong to say that filmmaking is in his genes.

Fast forward to the new millennium, and Gaurang was churning out cult cinemas like Bawandar, Aankhen, Deewar, which have left a lasting impression on everyone’s mind. He has always been known to bring his visions and exciting new ideas to life, no matter the challenges. In our conversation with him, he candidly tells us about his current propositions and his future game plan.

Talking about his much-deserved sabbatical, he rightly points out, “Officially I was on a break but unofficially for a producer, it’s never a break because we always have things running behind the scene in order to create yet another history. Therefore all this time that I was away from the camera, I was occupied with other several activities and also creating some extraordinary content for our audience who much awaits every Friday to see what’s releasing next.” Speaking about the present scenario and everything that is happening due to Covid, he said, “looking at the current trend where cinemas have taken a back seat due to the massive covid situation globally”.

The young producer was also ecstatic about his foray into the world of OTT, saying, “OTT has become the new normal, and so here I’m stepping into something new. It’s a drastic change, but it’s never too late to start with something different yes, I decided to keep my format for a multi starrer project ongoing may it be OTT or feature films. Covid can create closure for cinema halls, but it can’t impact the love for the cinema for the producer and the people!”

When asked if he will try a different approach when it comes to a web series vis-a-vis a film, he said, “It’s just about the mental perspective, creating a web series is more of a task because you need to keep the audience entertained at each episode or else they won’t wish to continue watching.” He added that he is enjoying this new experience but also said, “cinema is a never-ending trend and will eventually rise like a phoenix overcoming all the difficulties producers like us are going through because of the covid restrictions.”

Being a man of vision who always takes the road less travelled and tries to make cinema that are larger than life and extraordinary masterpieces by envisioning an unusual role for Mr. Bachchan or telling a courageous story like Bawandar. Because according to Mr. Doshi, it’s not always about money. At the end of the day, it’s your passion that really matters.

As he plans a stupendous comeback, he excitedly tells us about the initial minor hiccups and his megaprojects, “I have cleared the air and controversies about what happened in the past when I initiated the web series project 7th sense. Phoenix is not someone who burns itself in the fire; instead, it rises from its own ashes. I would not in my wildest dream, consider having the tag of a shelved project on my name. The project was not shelved to begin with, but it was put on hold because of the massive covid situation globally. Now, as things are getting better and social distancing and masks have become the new normal, I’m ready to start the project with a larger cast and some very influential names from the industry. There are some surprises surrounding the project, but for that, you will need to wait for the official announcements, which will be coming very soon.”

Speaking about his future master plans and what’s in store for the audience, he said, “There are multiple projects in the pipeline, mainly web series starting with 7th Sense itself, which we are aiming for this year. For mainstream cinema, I’m waiting for the covid situations to settle down a little more so the theatres can start in full swing. There are some eye-popping collaborations which I will be disclosing with an official announcement sometime soon till then I would just like to say stay home, stay safe and enjoy cinema.”

Gaurang Doshi is a name to reckon with in the Indian Film Industry whose extraordinary filmmaking skill leaves the audience wanting more. Here’s hoping we see more of Doshi very soon. 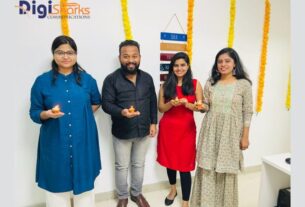 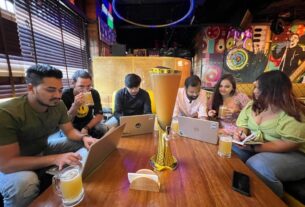 Gurgaon Based company brews a unique event on Beer Day