India, February 10: Arden Motorsports Team has tested Atharva Desai, a Young Racing Driver Academy (YRDA) race car driver and offered him the chance to drive their official Formula car. Currently, in his second year at Oxford, UK, and pursuing his Bachelor of Engineering (Motorsport Technology), Atharva has garnered experience in the motorsport world by progressing from go-kart to Formula specification cars in a short period.

Atharva started his racing career at a young age and grew up watching Formula One on television. “I developed my interest in racing when I was eight years old when I first watched F1 on TV,” says Atharva. He started his career at a local go-karting track Allsports Grand Prix. After he learned the fundamentals of racing, he registered in the local karting league. Atharva went on to win the junior karting championship as a rookie post which he won the title in his rookie season in the senior karting league.

Atharva is fast and smooth; his racing teacher Mr. Françoise, the AllSport GP track owner, who was also a retired professional racing driver, commented to Atharva’s father that “He drives like Sir Jackie Stewart.”As, he grew in racing, Atharva registered into karting endurance and heat races. He then moved up the ladder to his first ROTAX nationals’ race, in which he secured 3rd place as a rookie.

One of his most memorable races was a 3-hour iron man endurance race in which he started in P3 (3rd place on the grid) and then, in a short time, jumped to P1 and stayed there for till half time. After the halfway mark, there was a 10-minute break for refuelling the car. After that, the rain started to pour down, but the race continued. After the halfway grid start, he was in P1, but unfortunately, he was hit in the back by another kart behind him, and he spun all the way to last place. “It was unlucky, but I kept my head down and told myself that I had to get back to 1st place. I committed to it and raced my absolute best,” added Atharva. Atharva won the race with a large margin in that short period and even lapped other karts on the track. A few years ago, a Formula 4 team owner, Momentum sports, reached out to Atharva to test out his Formula 4 car. Positive results came from this first test, resulting in team owners and opportunists noticing him as a potential new talent. After many tests days with various Formula 4 cars, Atharva was ready to compete in the United States Formula 4 championship, and he registered with a Formula 4 team.

However, the peak of the COVID-19 pandemic hit, and all racing was suspended until the following year. Atharva moved to Oxford, the UK, for college and searched for local Formula teams, where he found Arden Motorsports and asked if he could test with them. “They interviewed me and then put me in a racing simulator which mimics the exact force feedback as a Formula 3 car. I greatly impressed the team owner both with my maturity and my racing skills.”

East coast of USA, there are many karting tracks, and Atharva has raced many of them while competing in a karting club. He has raced from Pittsburgh down to Florida and gained good racing experience, and he has grown and improved his racecraft. After graduating from Formula cars, he drove on courses across the country. Atharva mentioned: “I drove Formula 3 cars on Sonoma Raceway in California; Formula 4 testing on Radford racetrack in Phoenix; Autobahn Country club in Chicago, Virginia International Raceway, New Jersey Motorsports Park, and Sebring in Florida.”

Atharva has had various racing experiences, from Formula series cars to Grand Touring Cars. “I have raced GT Mustangs and Dodge SRT Hellcats in the past. Both were solid experiences; however, I enjoy Formula series the most.” He practices his race-craft by training in Arden simulators and his simulator at home. “I spend a lot of my time in a realistic racing simulator […] cost-effectively perfecting my racing skills,” says Atharva, “such simulators provide an exceptionally realistic racing experience without the cost of car maintenance and track rentals.” In addition, Atharva spends a lot of his time practising in his simulator or training in the gym. Physical fitness and mental endurance are vital in this sport. “Racing cars require you to push yourselves to the limit, and your mind and body must be perfect for racing these cars consistently.”  Atharva spends around 2 hours doing physical exercises and mental endurance training every day. In addition, he keeps himself extremely fit by maintaining a balanced nutritional diet. “My biggest motivator for racing is to reach Formula 1. Ever since I was young, I always wished to be a Formula 1 world champion. This dream is everything I fight for, and I always make sure to put in my 100% effort towards it.” 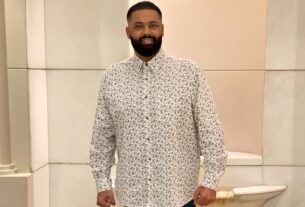 Does The Commercial Kitchen And Food Industry Force Women Chefs To Take Leave On Their Periods?