February 16: While building a dream team on a fantasy sports gaming app, it is often seen that users seek advice from an expert who has in-depth sports knowledge and real-time analytical data to predict a winning combination. Many fantasy sports prediction websites, bloggers, YouTubers, etc., help create your fantasy team. Sportsfantasyguruji seems to have the edge over most of such prediction platforms.

Sports Fantasy Guruji is a social media platform that help you create a virtual dream team on any online prediction games of real-life cricket players playing an upcoming match in the real world, such as grand leagues such as IPL, T20s, EPL, etc. Rated among the best, SFG is India’s leading and most trusted Fantasy Sports YouTube Channel; it caters to cricket enthusiasts to determine the best team for fantasy sports game contests. The media channel always tries to develop an operative team that helps users win big on any popular Fantasy cricket gaming platform such as Real11, Playerzpot, gamezy etc.. The specialist channel offers minute detailing that helps users streamline winning so that they would never have experienced it. The channel has 330k followers and counting. Users can go through the elaborate descriptive videos that offer a detailed analysis of each game, players, prospective lineup before and updated predictions after the toss & during any match. Also, there are regular and timely posts and predictions for upcoming games with former cricketing star interviews and other crickets’ news updates on SFG’s media platforms.

The enormous success of the Sports Fantasy Guruji channel is attributed to its founder, Nitesh Yadav. Nitesh is a 25-year-old B.tech Civil engineer by profession and hails from the Rewari district of Haryana. Though Nitesh comes from a farming background, his passion for sports was evident from the very beginning. He represented his school cricket team as a captain. Being an all-rounder, he was categorised as a Right-arm Medium Fast bowler and always batted in top order. Apart from cricket, he was a keen follower of other sporting activities and participated in many. Even while completing his engineering course, Nitesh made it a point to pursue his cricketing passion and participated in inter-college tournaments and won many medals.

His love for sports ultimately led him to become a fantasy expert and motivated him to start his Youtube venture- Sports Fantasy Guruji.

Sports Fantasy Guruji success can be adjudged from the fact that it became the 1st FANTASY youtube channel in youtube history to have a former Indian International Cricket Player for IPL 2021 Match Preview, Prediction and Depth Analysis of the matches. Again, the channel was first from the fantasy industry, whose interviews were published in India in various print media in 2019. Moreover, Sports Fantasy Guruji Fantasy Youtube Channel brings Data Science to the fantasy league for next-level fantasy prediction, which is a game-changer for fantasy users.

There is a growing craze among youth and sports fanatics in strategy based online games. Millions of sports fanatics are using one or more of such fantasy gaming sites to either get intrinsic social experience with an opportunity to earn monetary benefits or to develop a deep connection between your team and real-world sports in general. The gamers with accurate predictions are rewarded fantasy points and financial benefits. The daily fantasy version gaming and betting apps need you to select a team from listed players, and at the end of the day, the user with the highest points wins the game and cash rewards. As these fantasy sports app requires a minimum entry fee to enter the contest, the users always look to build an excellent team to streamline their winning possibilities.

On the one hand, Nitesh Yadav, with his Fantasy Sports YouTube Channel, offers his subscribers to win and, on the other, tap the revenue resource for himself from the sector that is witnessing tremendous growth, both in the number of players and the amount of revenue generated. 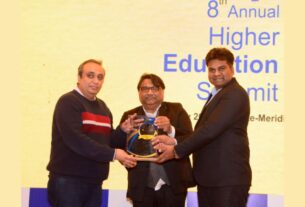 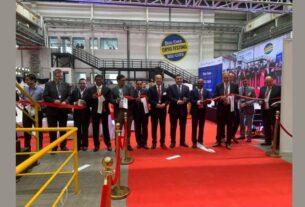