Future’s Finance, an Indian blockchain-based platform has leveraged the Proof of Authority consensus algorithm to develop salable and practical technology solutions for complex problems across multiple industries and sectors.

March 23: The primary reason why blockchain technology has grown exponentially over the last decade is the fact that it has given people an extremely feasible way to interact, transact, and exchange value over the internet. Moreover, it has been instrumental in revolutionizing the age-old concept of centralized storage, by enabling decentralized record-keeping without any single point of failure. It has opened up multiple avenues that allow the deployment of DApps or decentralized applications, thus leading to the solutions of various real-life scenarios and problems. However, despite its high potential, most blockchain-based solutions are not scalable and applicable to large-scale duties across multiple use-cases. In this context, Future’s Finance, a new-age blockchain platform is leveraging a unique consensus algorithm to address all the drawbacks related to the scalability of blockchain solutions.

Future’s Finance has been developed as a hard fork on the Ethereum blockchain. In other words, the platform is a technically upgraded version built on the Ethereum blockchain. It powers an evolution within the blockchain space with fresh updates that can eventually ease up the overall experience of the end-user. Through a range of products and services, it aims to uphold the true essence of blockchain technology while clubbing it with other cutting-edge technologies like Artificial Intelligence and Machine Learning. All in all, it promises to emerge as one of the best blockchain platforms in the industry.

The strength of a blockchain’s consensus algorithm is one of the key factors that define its scalability potential. Previously, most blockchain frameworks used the Proof of Work Consensus algorithm for all kinds of internal and external operations. One of the key drawbacks behind this algorithm was the fact that it introduced a certain level of centralization, as only those entities with huge computational power could mine the blocks. As a result, they exercised the majority control over the network, thus defying the true essence of blockchain technology.

Future’s Finance, on the other hand, uses the Proof of Authority (PoA) consensus algorithm. Unlike PoW or PoS, which depends on the mining power of an entity and the holdings of an entity respectively, the PoA algorithm considers an entity’s proof of identity as a stake to validate transactions, thus leading to a higher speed of transactions and hence, better scalability potential. As of now, Future’s Finance can process 250K transactions per second, and they claim to have the infrastructure to achieve 1 million transactions per second. Additionally, the platform has already implemented a multi-chain mechanism using a combination of geth, Web 3.0, and the PoA algorithm, offering users within its DApp ecosystem to seamlessly deal with NFTs and DeFi tools.

Blockchain technology has shown immense potential over the last few years. And projects like FutureFi has taken it a notch higher with solutions that are unique, scalable, and practical. To know more, please visit their website and whitepaper. You can also check out the platform in the recently launched FuFi Explorer. 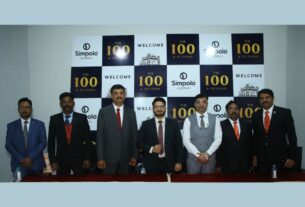 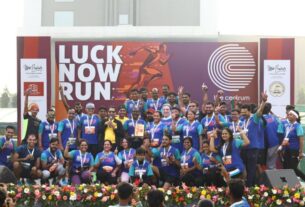