April 16: It is tough to stand out in a profession like photography since there is too much competition. However, Akshit Garg, an Indore-based Photographer with more than 7 years of experience proved it wrong with consistency in his work no matter how many obstacles came his way.

In Indore, Akshit is a well-known name since he has been working tirelessly for 7 years. Akshit had said on numerous occasions that his passion for photography and telling a story with each picture he captures made him excel in this field. Eventually, turning his passion into a profession!

For those who don’t know, Akshit hails from Indore and first held the camera at the young age of 13 while traveling with his parents who are fond of traveling. During this trip, Akshit captured some landscapes that are too good for a teenager. Surely, his talent is recognized by his parents and soon he started learning photography from a profession, Mr. Hemshankar Pathak. Soon he learned the tricks of photography and brushed up his skills while practicing with his mentor.

Within no time, the young photographer stepped into commercial photographysuch as shooting portraits for family and friends, architecture photography, product photography, nature photography, and so on.Akshit stays active on social media platforms and remains eager to communicate and engage with his followers. He’s been followed by more than 11K followers on Instagram.

Till now, Akshit has managed to hold two solo exhibitions where he showcased the photographs that he captured while on his 21-day-long road trip to Little Tibet AKA Ladakh. Thenbudding and now’s established photographer, Akshit also shot a Time-Lapse video that became the talk of the town when printed in a widely known newspaper. To say, Akshit has brought fame and pride to his hometown will be an understatement.

In the year 2018, all of his hard work finally paid off when he was called for Ambani’s wedding. Yes, that’s true! Akshit was called to shoot for India’s business magnate, Mukesh Ambani’s daughter Sangeet Function. This event has shaped his career quite well across India.

Akshit added more feathers to his hat by working with the MP Police for a social cause during the lockdown. Akshit joined hands with the Indore Police for digital patrolling with the help of drone surveillance to check any illegal activities happening in the city.

Later to his amazement, Akshit enrolled in a diploma degree in photography and did a job of getting exposure and experience in visual arts as well.

While talking to a leading website, the talented photographer shared some words of wisdom for everyone following their passion. He shared, “In these years, I have never even taken a weekend off. I wander around with my camera wishing not even a single beautiful moment passes without me capturing it, be it in nature or when someone smiles softly, the kind of smile that makes other people happy. More than that, it is about capturing the beauty of the moment in front of me. Beauty lies wherever you tend to search for it and almost everything, even an inanimate object has a story of its own to tell”.

He has been running his photography company successfully under the name of ‘AKSHIT PHOTOGRAPHY’. All these years working in the photography field, Akshit has found the weak point the need of any clients and the digital service providers. To sort the issue, he founded KEYWITS CREATIVE TECHNOLOGIES, where he provides SEO, SMM, Graphic Design, Design and Animation, etc. under one roof.

Akshit believes in the 3P’s i.e., Patience, perseverance, and perception. While talking to a leading daily, he said, “I want to give a new perspective to things, every time I hold the camera.”

While some may say Akshit got lucky to recognize his talent at such a young age, it’s his attitude to never give up and consistency with his work that he landed many golden opportunities in his life. Akshit aims to make his company ‘Keywits Creative Technologies’ renowned all over India. 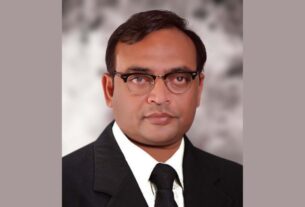 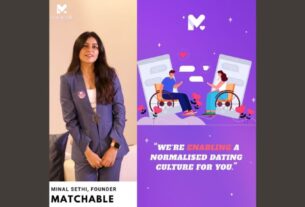 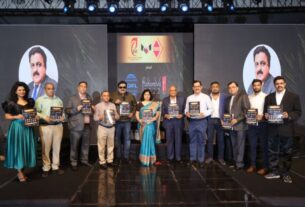